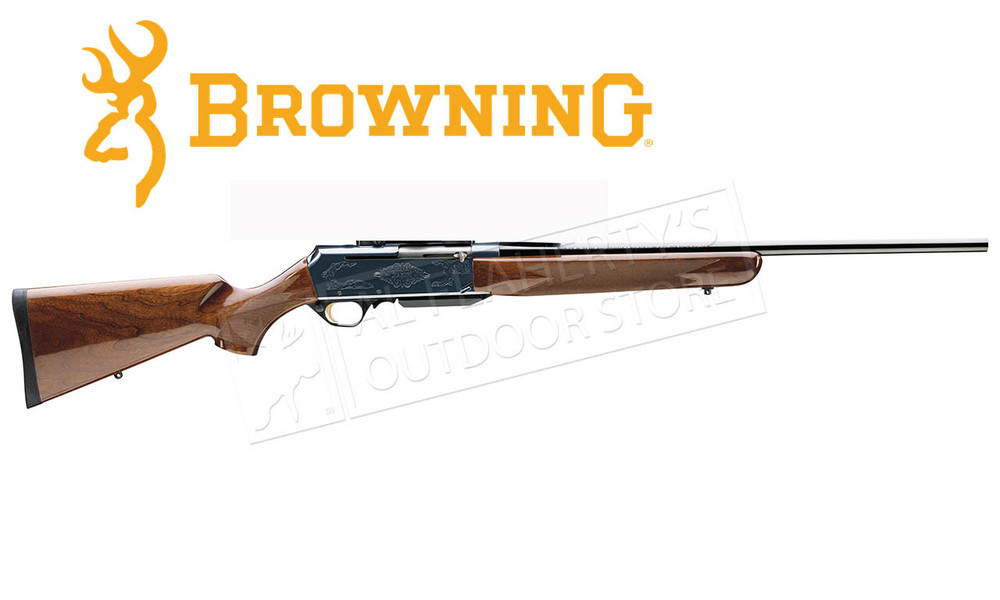 The ultimate sporting autoloader. Originally designed by Browning family member Bruce Browning, this is the rifle that set the standard for hunting semi-autos. Featuring fine Walnut, a precision machined ordinance steel receiver and a hammer forged barrel, this magnificent BAR will make autoloading enthusiasts out of the most skeptical riflemen.

Classic in looks and contemporary in performance.
The BAR MK II Safari is the hunting rifle that sets the bar for every other autoloader on the planet with accuracy and speed - and a caliber selection - that is not matched by any other hunting semi-auto.

Unmatched History.
The Browning BAR sporting version is certainly a distinct and separate rifle from the military BAR M1918, but its design is the result of Browning's unmatched understanding and expertise with automatic rifles that started with John M. Browning. His grandson, Bruce Browning, was the driving force behind today's BAR. A large team of automatic firearms experts at the FN factory in Belgium also played a key role in its development. This group of FN automatic rifle designers, lead by Marcel Olinger, began serious work on the project code named "Carbine 66," with full-scale development and testing done throughout 1966 in preparation for an official 1967 product launch. Both the history and the efficiency of this amazing rifle is unequalled among autoloading rifles.

Now: CAD $759.99
Regularly
The time-tested, field-proven experience and outright accuracy and reliability of the original A-Bolt rifle is tough to beat. With the new AB3, you add value to the legend of the A-Bolt series of...

Now: CAD $1,074.99
Regularly
Start of lstUrls_of_images_in_html_descriptionProduct Number: 024101103 FREE SHIPPING WITH THIS PRODUCT! The Browning BL-22 is in a class by itself. Sure, there are other lever-action 22 rimfire...