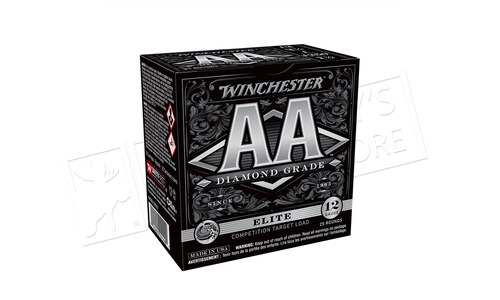 The shotgun is one of the most recognizable firearms on the market due to its adaptability for hunting, self-defense, anti-personnel and anti-material. There is also an impressive variety of shotgun ammunition in Toronto, ON, available for use.

Shotgun ammunition is typically measured in gauge rather than in caliber and comes in various sizes and power. The smaller the number, the larger the shell, so a 20 gauge will be smaller than the 12 gauge. Larger shells mean more power, but they also cause more recoil. Shotgun shells come in different lengths and are measured by the length of the spent hull.

Birdshot is the smallest category of shotgun pellets and is generally used by hunters who want to shoot birds or other flying wildlife. Inside birdshot shells are small steel or lead spheres that scatter outward once fired. It's also suitable for snakes, rodents, and other small critters. As far as self-defense is concerned, it is not considered effective, but it is perfect shotgun ammunition for bird hunting, clay shooting, and target practice.

Due to its stopping power, buckshot is typically recommended for home defense. 00 buckshot shoots out nine large caliber pellets and is powerful enough to go through car doors, metal panels, and many other barriers. In hunting terms, buckshot is generally used for large animals and deer, hence the name. Buckshot shotgun ammunition is probably the most common shotgun shell you're going to find.

A slug is one solid projectile (typically weighing about one ounce). The significant advantage of using a slug is that it has a much longer effective range (at least 75-100 yards), but it also has a higher recoil. And because it is a single projectile, your aim must be perfect. Slug shells are not the best shotgun ammunition for self-defense because whether or not they hit the intended target, they can travel through many materials before stopping. So unless you're in a situation where penetration is critical, using slugs is not a prudent option.